Sounding the Alarm on Climate Crisis

The icy regions of the Arctic and Antarctic may be worlds apart from sunny Singapore, but these regions share common concerns in climate change. 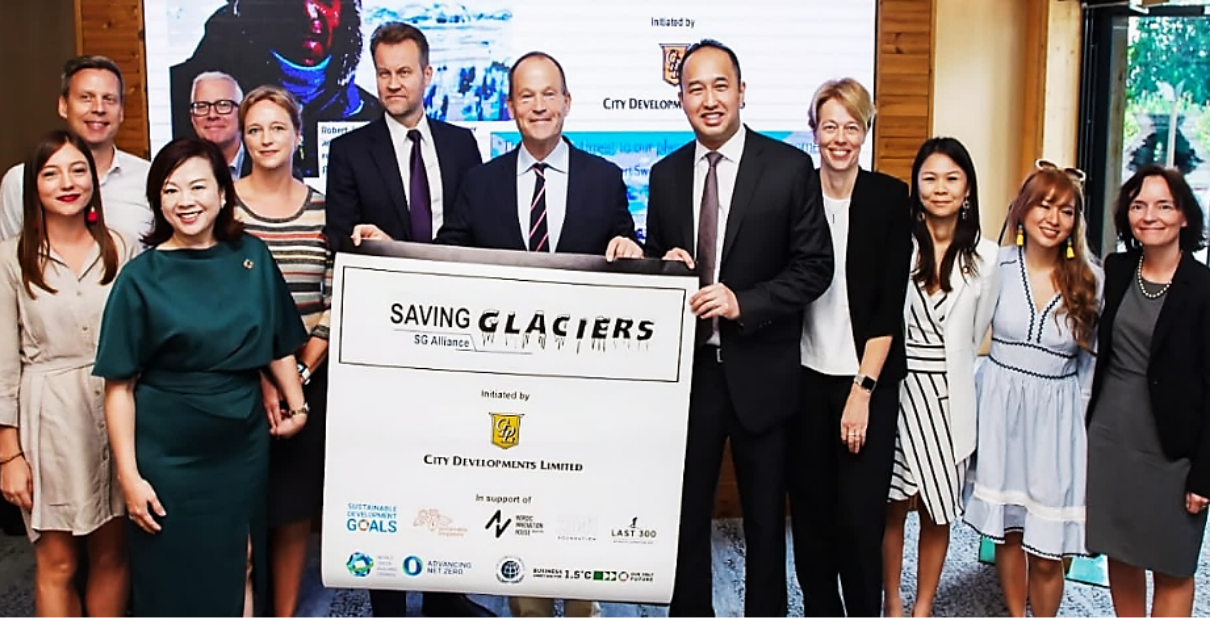 10 AND 26 OCTOBER, 3 NOVEMBER 2019 – The Arctic and Antarctica are bellwethers of global climate change. Not only are these regions warming faster than the rest of the planet, the physical changes are causing a profound environmental effect. Singapore is especially vulnerable to rising sea levels, being a low-lying coastal nation.

The “Saving Glaciers Alliance” was initiated by CDL to highlight the importance of conserving the world’s polar regions and glaciers and calling upon local business communities and public to support climate action. The event featured motivational speaker and climate advocate Sir Robert Swan, the first person to walk to the North and South poles unaided. The launch attracted over 120 guests at the Singapore Sustainability Academy (SSA), including environmental champions and high-level representatives, such as ambassadors of Sweden, Finland, EU and Norway, and diplomats from the British High Commission and the Danish Embassy.

Having experienced first-hand the effects of climate change, Sir Swan made it his life mission to champion environmental preservation and sustainability. This included setting up the 2041 Foundation to catalyse “effective solutions within lifestyle, business, and education to encourage autonomy in our carbon neutral future.”

Despite a hip replacement surgery in August 2018, Sir Swan returned to Antarctica to complete a journey of 300 miles on skis to the South Pole. CDL is proud to be one of the sponsors of Sir Swan’s endeavour.

Afternote: At around 370km into the journey to the South Pole in December 2019, Sir Swan had an aggressive fall on ice and dislocated his hip again. He has since undergone surgery and is recovering.

On a separate occasion, CDL invited Mr Barney Swan – son of Sir Robert Swan – to speak at My Tree House, the world’s first green library for kids, on 3 November 2019 to a full-house crowd of close to 70 people. The 25-year-old climate activist shared his experience of being the youngest in the world to complete a 600-mile treacherous skiing expedition across Antarctica, powered solely by clean energy.

Like his father, the younger Swan also made promoting climate awareness his life mission, including bringing expedition teams to the Arctic, where the ravages of climate change are most evident, and most destructive.

As the youths of today can shape the world of tomorrow, CDL also organised a Youth4Climate (Y4C) networking session in partnership with Eco-Business’s Changing Course 2019 exhibition on 26 October 2019, and as a side-event to “Saving Glaciers Alliance”.

Held on an early Saturday morning, over 40 youths – close to full-seating capacity – attended the Y4C networking session at the ArtScience Museum.

CDL E-Generation Challenge 2017 and 2019 winners Ms Jessica Cheam and Mr Ang Qing Sheng were at the event to share their experiences with the Arctic and Antarctica.

They also presented their winning works and conducted a lively Q&A interaction with the audience, engaging everyone with their insights of the world.

Following these successful events, CDL will continue to promote climate awareness of the Arctic and Antarctica, under the ambit of the “Saving Glaciers Alliance” initiative. 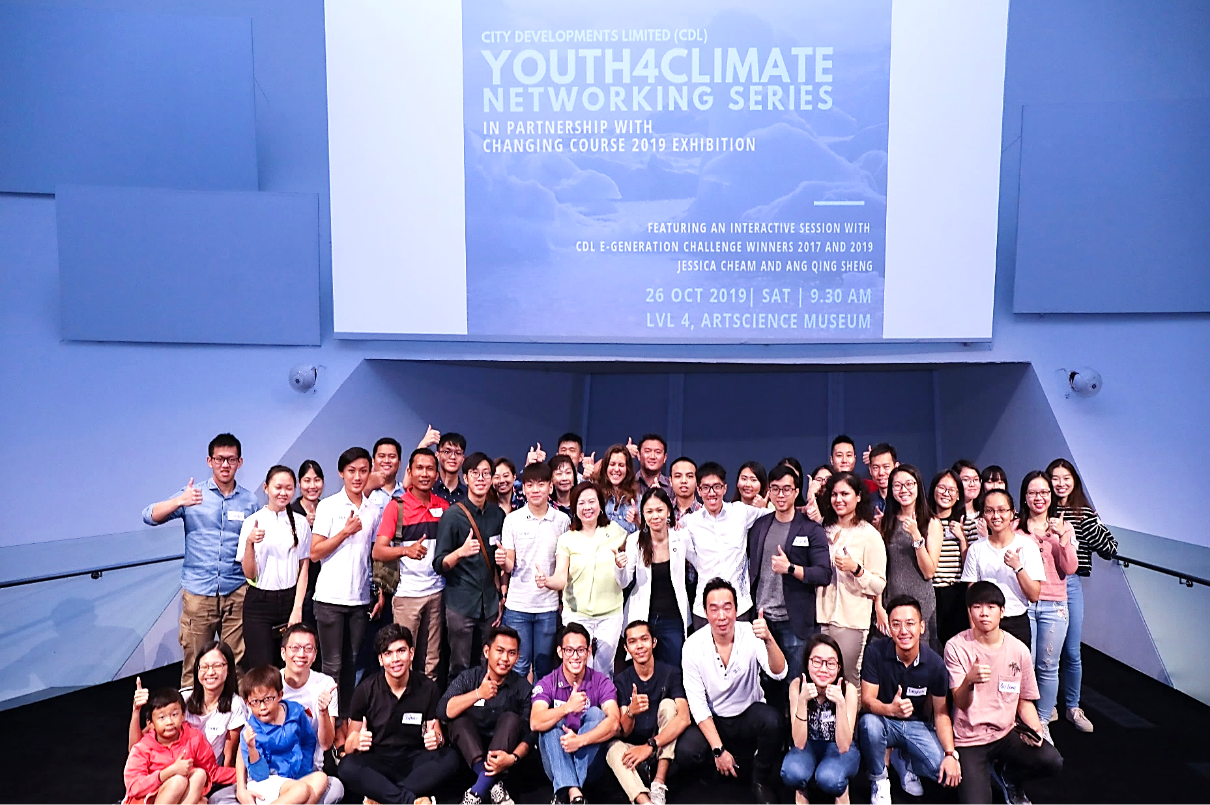 The inaugural run of the Youth4Climate networking series saw a successful turnout of youths who had an engaging session with CDL E-Generation Challenge 2017 and 2019 winners Ms Jessica Cheam and Mr Ang Qing Sheng.